We have participated this year mostly on the races of the Kincsem Park Budapest track, but visited the Isaszeg track (CGRC / CRF) too and our dogs performance wasn’t a disappointment at all. 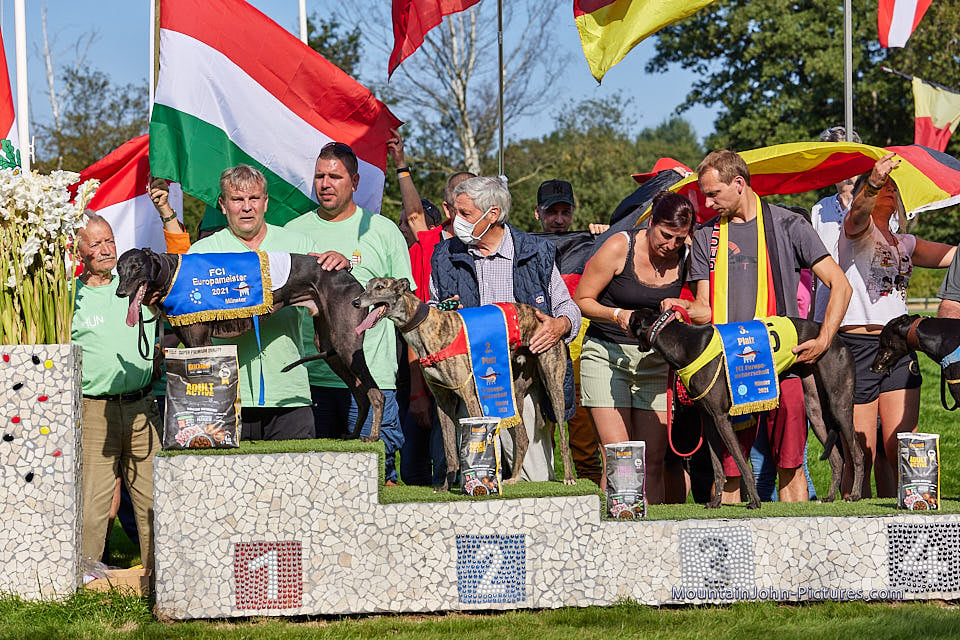 2 racers bred by us has won 2 of the most prestigous races of mainland Europe:

To be the breeder of the first Hungary based FCI Championship winner since 2008 – it is simple amazing.

I am so glad the boys are doing their owners proud and prooved they are competitive at the highest level in Europe, even against Irish bred racers. And this only from the second ever Cserihegyi Greyhound litter which makes the “Cserihegyi FCI Championship statistics” as follows:
3 entries – 3 finalists – 1 winner.

Many-many thanks to the owners who are doing a brilliant job with their dogs. 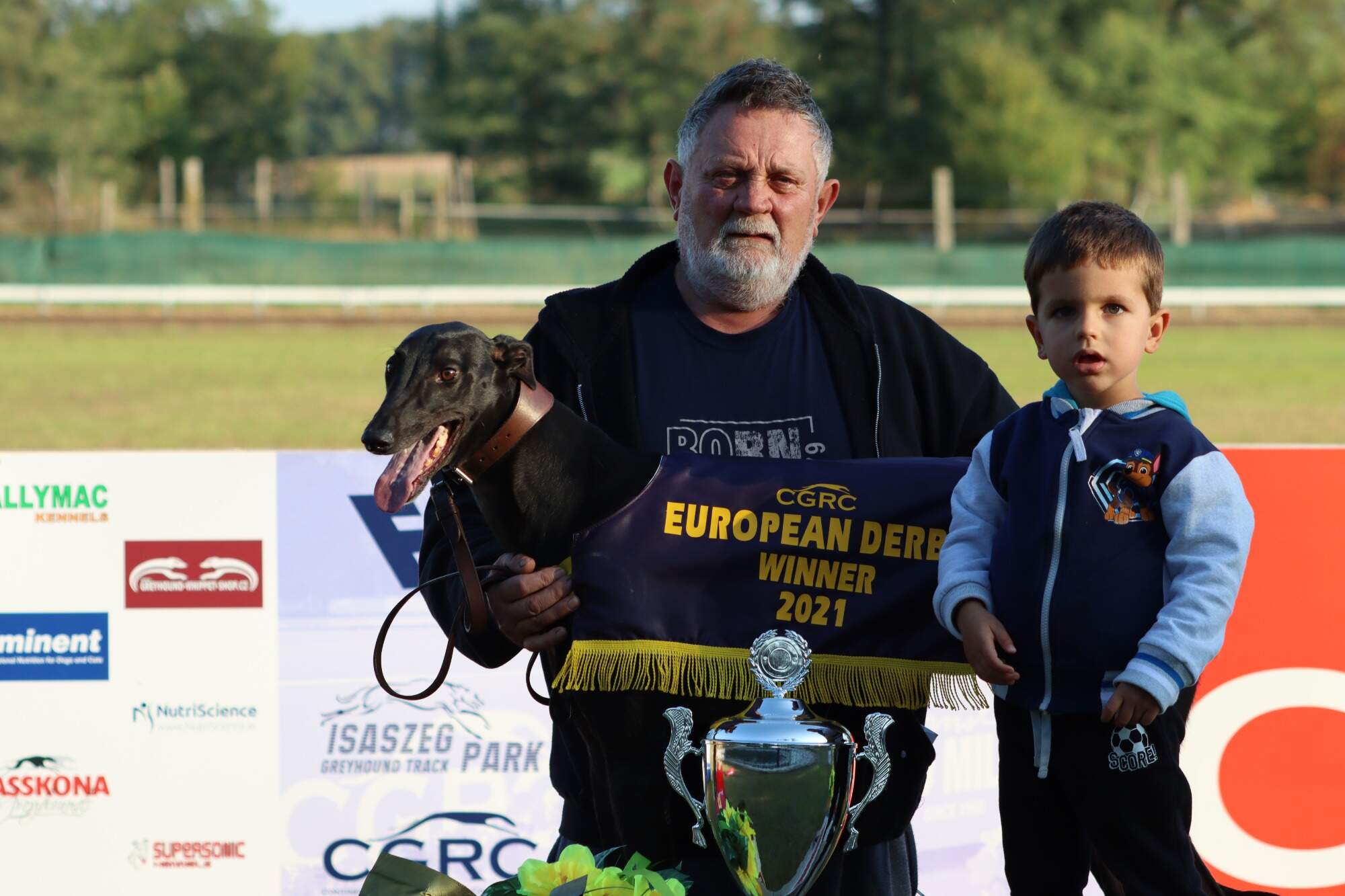 Our own (owned or trained) dogs achived some pretty good results in 2021 too: 9 wins in Kincsem Park track, and some nice performance in Isaszeg also: 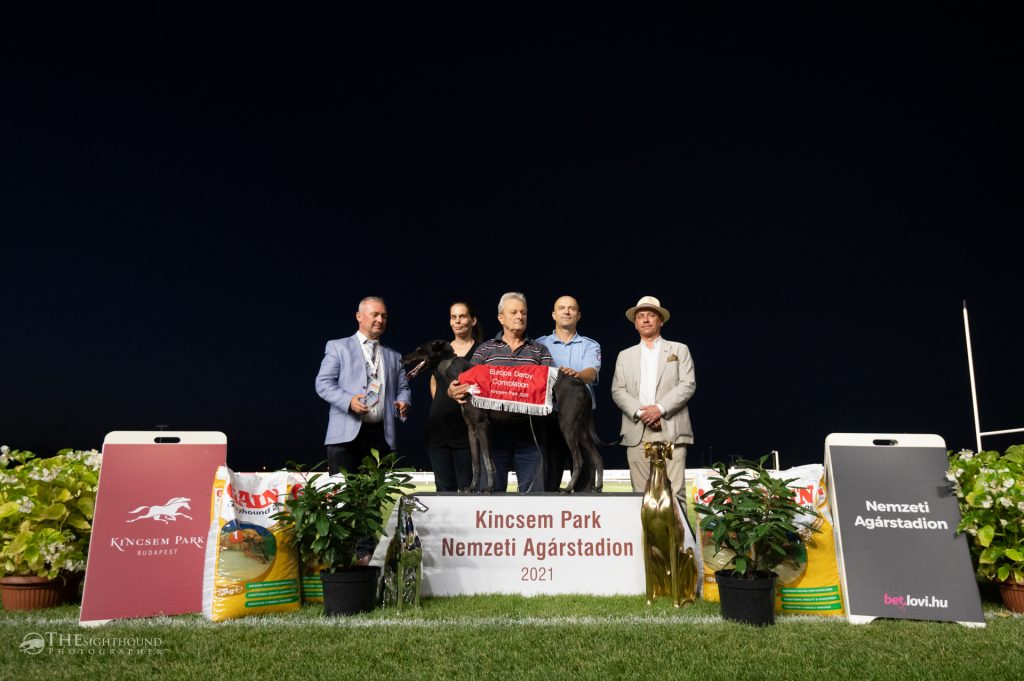 We have published some good articles on our other website, raba-agar.hu, mostly English writings translated to Hungarian. You will find them in English also. Enjoy! 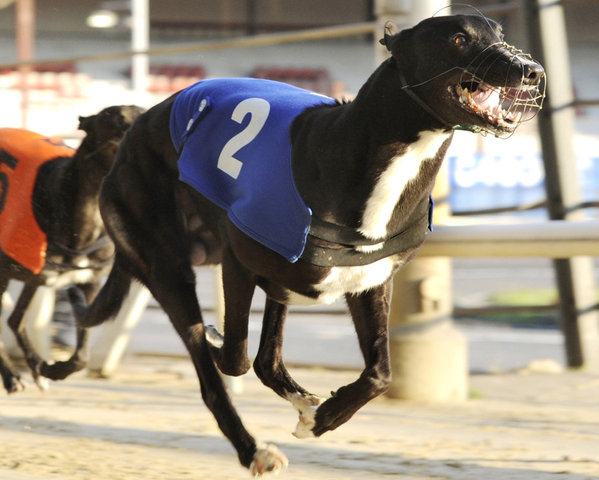 The new greyhound racing track in Budapest, the Kincsem Park had its first season in 2020. Our dogs delivered great successes, they have won 7 races, inlcuding the most prestigous one, the Hungarian Derby and a track record on 480 meter also. Mashmad Bale “Jerry” has won 2 times, our own bred male Cserihegyi Another Little Help from my Friends “Penge” 3 times, while Pride of Hungary “Johnny”, who is trained by Károly Racsek, finished twice as first. Diana was the most winning female trainer of the year. 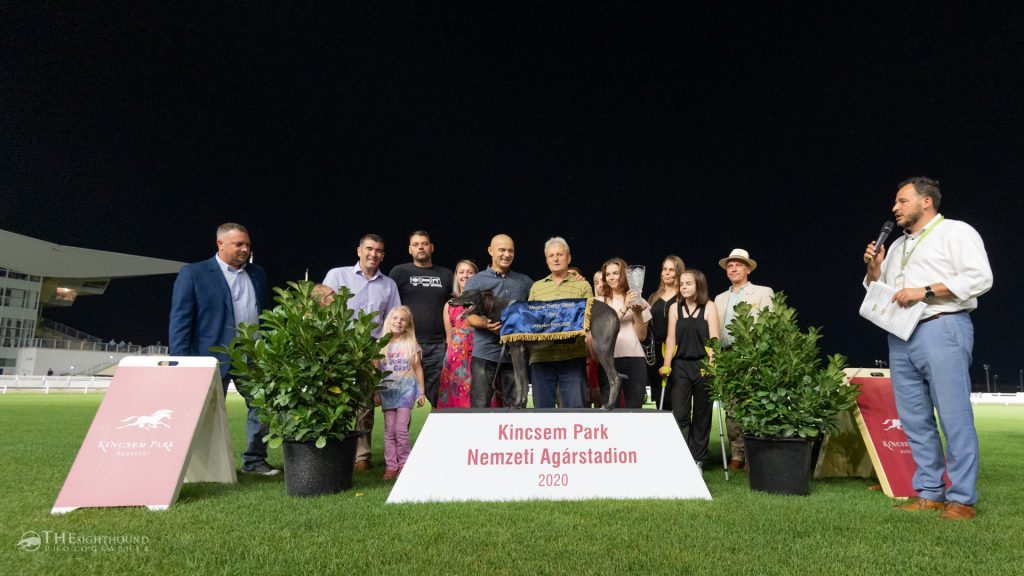 We are planning two litters for 2022, together with Hasskona Greyhounds CZ/UK.

We have the oppurtinity to have Lemon Ava who will be mated with Jelly Flood next spring. 6 pups are already reserved. 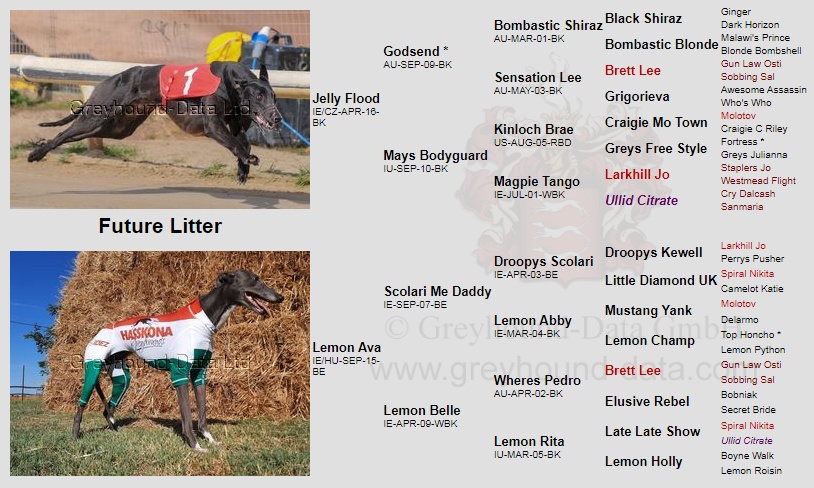 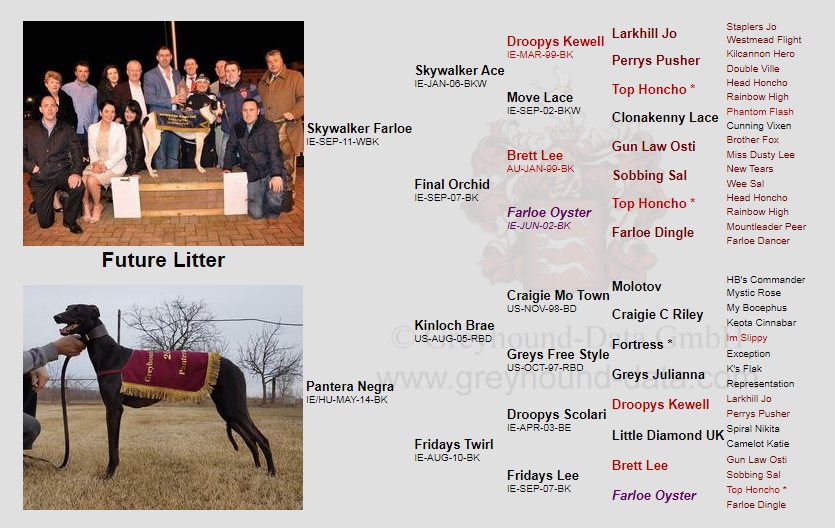 Pride of Hungary “Johnny” headed to the UK in fall 2017 to be trained by Clive Elliot. After he ran a brilliant 28,29 in Alsonemedi, we decided to send him over – we was excited what a talented pup can reach there. So far so good, he alredy gave us some special moments, cherry on the top is he also won his very first A1 race too. His race results: http://www.greyhound-data.com/d?l=2216311&z=WHHwd-. Stats till June 2018: 5x1st, 5x2nd, 1x3rd, 2x5th. 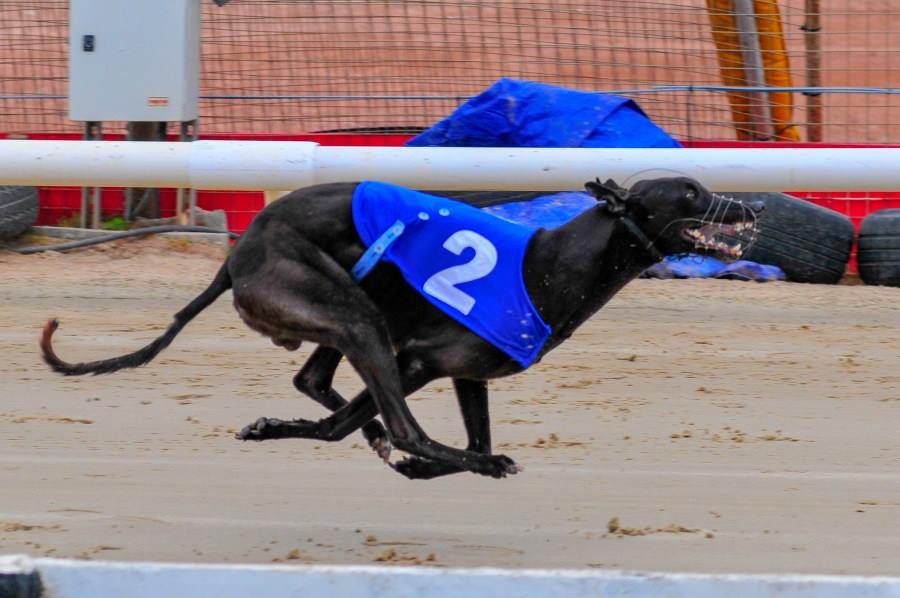 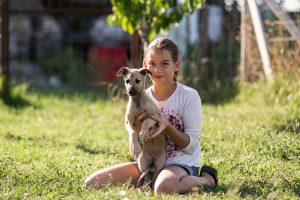 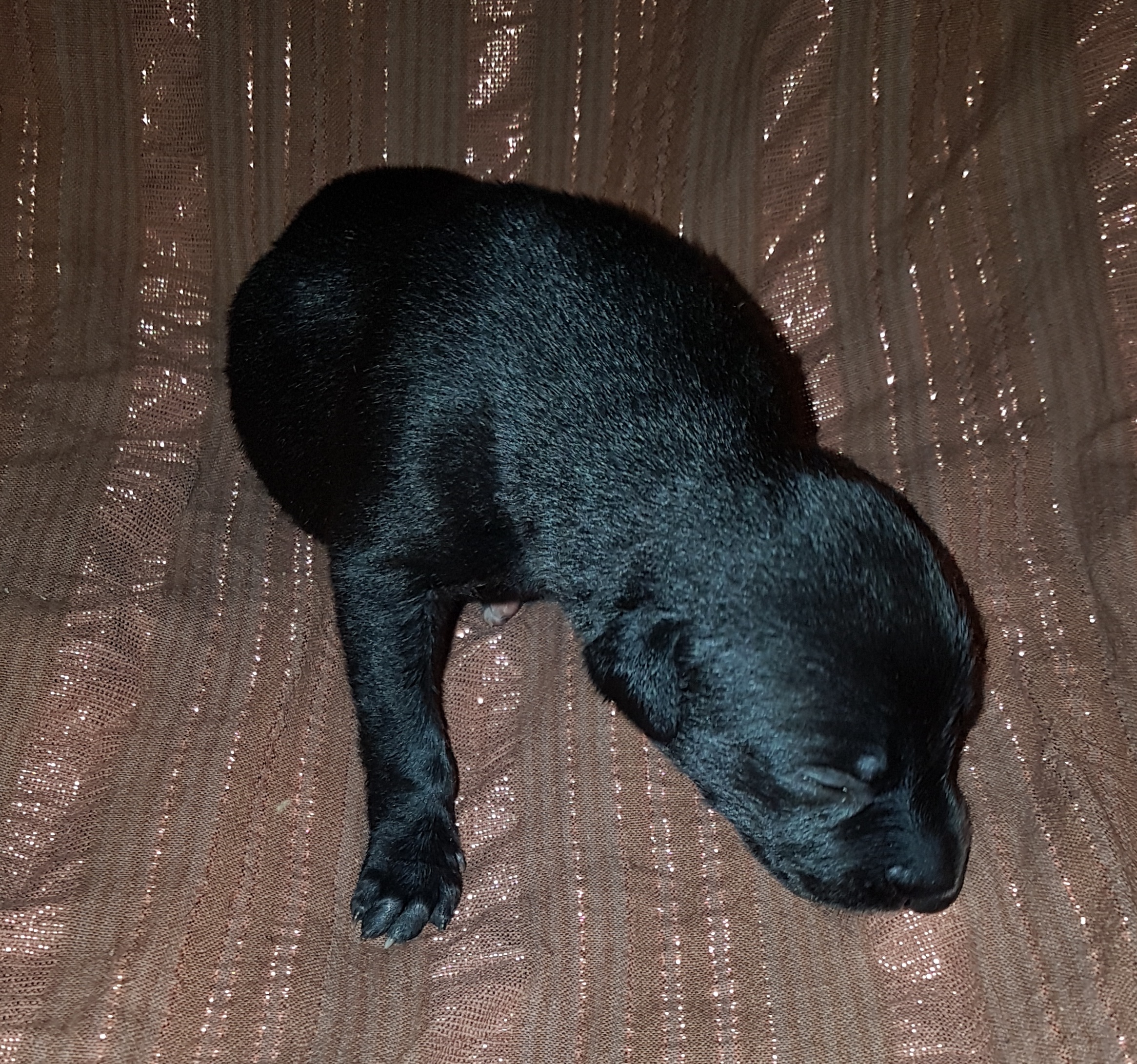 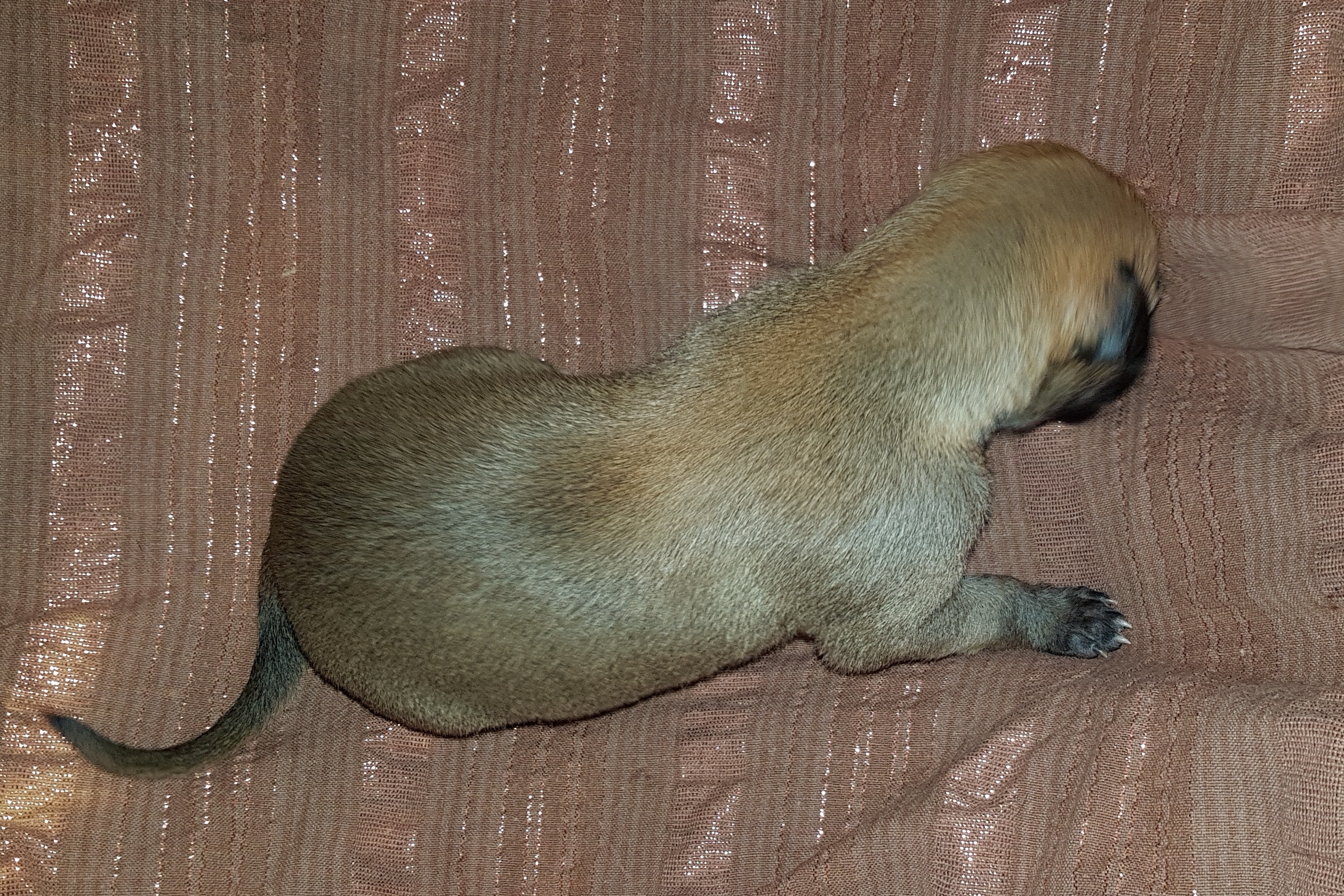 Cserihegyi Another Piece of my Heart 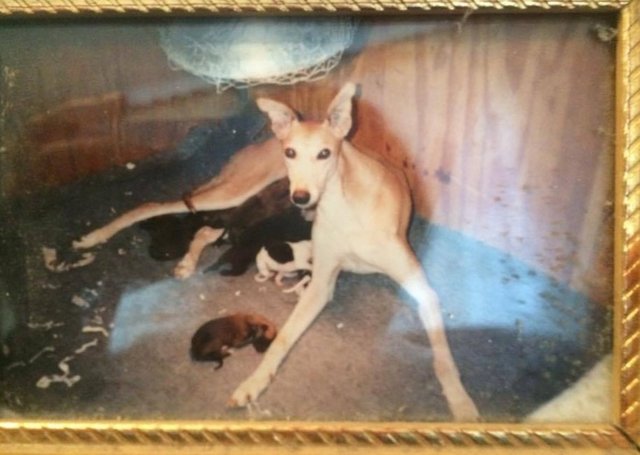 I received this picture from Pamela Francis at late night yesterday. I accidentally e-meet her (on Facebook) in an English racing greyhound group. It has been found out she owned Hogans Kizzy, the greyhound bitch seen on this picture, that is the mother of Silver Lining. Silver Lining, despite it is a she, participated the English semi-final in 1996. Her grandson is Francos Topper that is widely known in Hungary and also the father of my Black Dirty. Offsprings can be followed online on greyhound-data. There is much to be said, but it is always a pleasure to see the progenitors of our greyhounds and hear stories at first hand. This picture is special for another reason. This is a paper picture in a frame. It means to me that in the professional atmoshpere, which is convicted in our country, you can still find places where a greyhound is a family member or a pet, but not only a money maker device. This picture ornaments an English breeder/trainer lady’s place for at least 20 years.

We are thrilled to announce the future sire of our Kennels: Pride of Hungary, call name: Johnny. Half brother to Pantera Negra, a son of Hondo Black. All puppies have found a new home.

As I got in know and love Magyar agár is a healthy, athletic and natural dog breed. I would like to preserve the breed as is moreover even improve it. Since the goal of the breeding is the improvement of the breed and the whole population.

I am upset about a few dog breeds that can not even mate without humans and can not happen “a la nature”. One of my goals is to prevent this in case of Magyar agár. Practical steps of the planned mating in my side:

The bitch, that has normal periods, starts heating and if she “stops” to the male, the mating will take place. So we does not mate a bitch with a male with violence if the bitch does not let the male get close to herself. Why is that? The reason is that a healthy, independently capable to mate breed’s individual will “stop” and let the male gets closer only if she is fertile. If a bitch “stops” to a male when she is not fertile, then this individual should not be reproduced. According to this principal we do not check hormone level in order to determine the ideal time for mating. We observe only the behavior and signs of the bitch. (It is a fact we did not travel to abroad to have a litter. It is obvious that the breeder wants to estimate the optimal mating time before a several days trip, also before a 1000 kms trip. But fortunately I am breeding a Hungarian breed in Hungary.)

We perform only one mating. Why is that? Because I am an undercovered Buddhist. 😀 In my opinion healthy dogs with their instincts and the mating that happens according to the hormones will result in offsprings. And here comes the real Buddhist part: if the breed needs a litter, this litter will be born in one mating. Since 1995 all matings were successful and all my litters came off from a single mating in a naturally selected time.

It is a fact that in Hungary in the 90s the frozen semen was not widely known or available in dog breeding. Today it is almost a routine in the specialised clinics. This is an enormous support and option for the breeders to preserve and keep the genome diverse, therefore it is an option that I will try this in the future. In this case, of course, veterinary intervention will be necessary to have a new litter. It remains to be seen. 🙂